Here it is: The best retail location, on the best street, in the hottest city in New York! Amazing retail space with full length and extensive showcase windows. Spaciou...

This beautifully maintained home sits on a quiet cul de sac on a private 1 acre lot. The open floor plan is perfect for entertaining and boasts much sunlight throughout. ...

On a quiet country road next to an apple orchard farm awaits a cute Saltbox Style Four bedrooms and 2 baths colonial Home. Only 9 minutes' drive to Hudson or Germantown a...

On the sought after 500-block of Hudson's main street sits this c1882 Queen Anne Victorian townhouse. Spanning three stories, the home has been masterfully restored to pr...

Eastlake House is an early 1800's Queen Anne style home located in the Hudson Historic District on one of the loveliest streets in town.The home has been completely renov...

How about having your own private trail access to the awesome 47-acre High Falls Conservation Area...home of High Falls, Columbia County's tallest waterfall at 150ft on t...

One of the largest buildings available on Warren Street, this substantial Federal style building spans over 9,300 square feet. Originally dating back to at least the 1850...

Not your average property, owned by the same family over 100 years. It was a small farm, but over time Route-66 got busier and heavy traffic, Now the property is Zoned Hi... 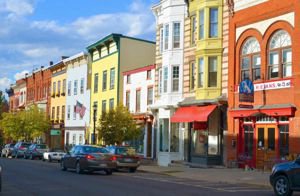 Located in Columbia County in the Hudson Valley north of New York City. Hudson New York Real Estate is the county seat and provides a vibrant lifestyle to more than 6,000 people.

A lively urban gem, Hudson buzzes with all the ingredients of a city many times its size. Beautifully preserved, historic buildings representing every architectural style of the last three centuries are impeccably restored. With its diverse and creative people, world class retail and dining, and a happening art and music scene, it's America of the past, present and future. 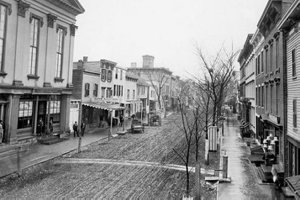 Tour historic Hudson including the Hudson Opera House built in 1855, which hosts a fabulous Jazz Festival. Columbia County Courthouse built in 1908, and many 20th century Arts and Crafts style homes. The Museum of Firefighting is one of the best known museums, and it details the history and development of firefighting technology and techniques.

Broadway is just a couple of hours south but Hudson has several top-notch performance spaces of its own. Visit Stageworks for live drama, live music at local pubs such as Half Moon, Time & Space Limited, and Helsinki Club. 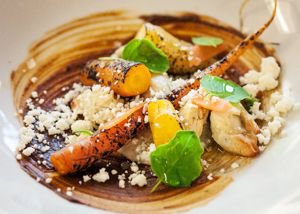 Rural Hudson provides Fresh Food. Hudson is located near many farms participating in community supported agriculture. Eating at farm-to-table restaurants is the norm. There are lots of opportunities for picking your own fruit in season, such as strawberries, apples and peaches. Families considering relocating to the city will be happy to learn that the local public schools provide a healthy intercultural student population.

Hudson New York Real Estate includes an annual wine and food festival in the spring. Food lovers should try Ca'Mea Restaurant for some delicious Italian food. Wine lovers could stop in to the Hudson-Chatham winery on Route 66 between

Hudson was the first chartered city in the United States. It was first settled by the Dutch in the 1600's and called Claverack Landing. In 1783, a group of predominantly Quaker whalers called The Proprietors and merchants came, seeking refuge from the Revolutionary War torn east coast, and purchased the land from the Dutch. The Proprietors created a city plan consisting of a large grid, with a main street running west to east and lots measuring 50 by 120 feet, with 20 foot lanes behind. That grid largely exists to this day, with Warren Street at its center. 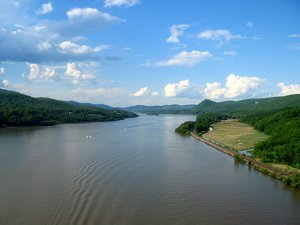 Early Hudson flourished early on thanks to the whaling, sealing, fishing and shipbuilding industries. Hudson’s early prosperity was a direct result of an industry with its origins in and around its deep water port. It remained a shipping and manufacturing center well into the 20th century. Although the city declined during the 1960s and 1970s, many of its abandoned and derelict buildings were reclaimed in the 1980s, and its former glory slowly re-emerged. Today, Hudson has transformed itself into a vital arts and antiques center.

The mile-long business district – centered on Warren Street – boasts dozens of first-tier antique and home furnishing shops, along with an eclectic mix of  art galleries, restaurants and performance spaces, housed in buildings that constitute “one of the richest dictionaries of architectural history in New York state.” 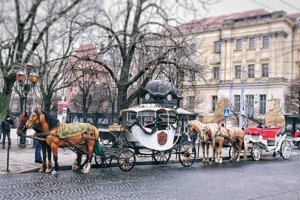 Every Fall, ArtsWalk celebrates the best artists the city and region have to offer. On the first Saturday of December, Warren Street is transformed into a winter playground with jugglers, dancers and horse-drawn carriages to mark the start of the holiday season.

Paintings by Church as well as other period artists are included in daily tours. Walk in the footsteps of Thomas Cole, Frederic Church, Asher B. Durand, Jasper Cropsey, Sanford Gifford and other pioneering American artists, and see the landscapes that inspired them.

See the paintings, download a map and directions and visit the sites immortalized by these American masters at Historic Hudson. Visit the City of Hudson website to learn more about this fun destination that will quickly become your home for Hudson New York Real Estate.

As always, we are happy to help you with any of your real estate needs. Please visit our website or stop in to our office at 19 Central Square in Chatham NY (just off the main circle).