Perfectly located, enjoy the best of country and village life. You'll find 7.8 acres of verdant gardens, a pond with a waterfall feature and a gazebo, set amidst mature t...

Open House Sunday 15th January 8,2023 12-2 Now is the chance to live in the village of Kinderhook full or part time getaway. Close to the Empire trail. Pretty gardens and...

This 1890 side by side duplex is a legal two family or you could modernize into a wonderful single family village home in the flourishing Village of Valatie.The current o...

Now here's a sweet deal! An older mobile home in very good condition on 0.29 of an acre. Thehome has large living spaces. An addition of a family room with propane heat, ...

THE TORY HOUSE also known as the Peter Sander Van Alstyne House, Kinderhook, New York, is on both the National and New York State Registry of Historic Places ; built 1758...

Glorious parcel of land, just shy of 10 acres on a prime country road in the heart of Columbia County! Situated between Chatham and Kinderhook, this location offers the b...

Beautiful Brick colonial situated on 1.2 acres at the end of a cul-de-sac in the desirable Village of Kinderhook! First floor offers large eat-in-kitchen with tons of roo...

Imagine the possibilities! Built in 1890 and located on Upper Main St. in the charming and thriving Village of Valatie. This legal two family home can be your next income... 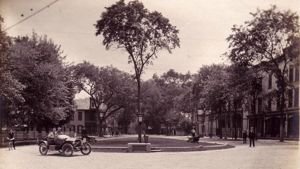 Home of America's 8th President, Kinderhook was established in 1788. Per the 2010 census, the population was 8,498 making Kinderhook the most populated municipality in the county.

The name means "Children's Corner" in Dutch, as were the original settlers. The name has its root since the landing of Henry Hudson in present day Stuyvesant where he was greeted by Native Americans with many children.

Kinder meaning "child" in Dutch, and Hoeck meaning "bend" or "hook" [in the river], literally meaning the "bend in the river where the children are". 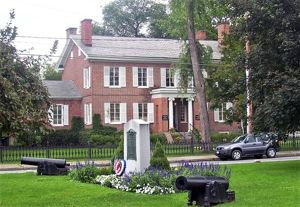 Kinderhook contains two villages, the same-named village where Martin Van Buren, America’s 8th president, was born, and Valatie. After serving as Governor of New York and the 8th President of the United States [1837-1841], Kinderhook native Martin Van Buren retired to his estate “Lindenwald”, now a National Historic Site, where he resided the last 21 years of his life. Additionally there is the hamlet of Niverville by Kinderhook Lake. Kinderhook Farmer's Market is every Saturday 8:30 to 12:30 May 7 to October 8.

Several historic sites are maintained by the Columbia County Historic Society. Sites include The Van Alen House, or Luykas Van Alen House, is a historic Dutch brick farmhouse built approximately 1737 and is a National Historic Landmark. 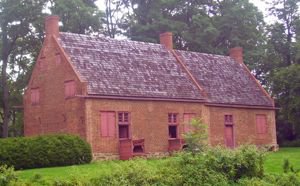 The Van Alen House and farm are believed to have been inspiration for the homestead of the Van Tassel family in Washington Irving's “The Legend of Sleepy Hollow”. Irving was a close friend of Martin Van Buren, a neighbor of the Van Alen House. The house is operated by the Columbia County Historical Society, shows 18th century Dutch Colonial life, and was declared a National Historic Landmark in 1967.

The interior and exterior were location scenes in the 1993 Martin Scorsese film, "The Age of Innocence" starring Michelle Pfeiffer and Daniel Day-Lewis.

For more information on this historic town, visit the Town of Kinderhook website.