Ideal location close to Hudson, Chatham and The Capital Region, this 60.5 acre property is available for the first time in 60 years. It's ready for your ideas, building o...

Straight up the Taconic Parkway, just 2 and a half hours from Midtown, your driveway is barely noticeable -- but you know what lies beyond - safety, serenity, and seclus...

Looking for your own slice of country life? Escape the city, breathe the fresh country air, collect fresh eggs for breakfast, catch the sunset over the catskill mountain...

Looking for your own slice of country life? Escape the city, breathe the fresh country air, collect fresh eggs for breakfast, catch the sunset over the catskill mountain...

A private outdoor paradise perfect for recreation, agriculture, equestrian or hunting. This 9,565 sqft home has all one could ask for. Sitting on nearly 500 acres, compri...

Charming Country Colonial built in 1850 on a double lot just waiting to be restored to it's Glory Days. Perched on a hill above the Hudson River you are only a few minute... 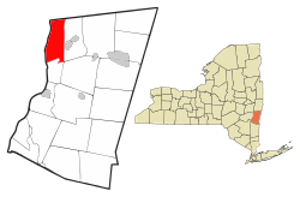 Stuyvesant is a rural town in the northwest corner of Columbia County. It features a population of 2,027 as of the 2010 census.

Being adjacent to the Hudson River, Henry Hudson visited the area in 1609. It was settled in 1650. The actual town of Stuyvesant was established in 1823 from the town of Kinderhook.

Hudson Valley Real Estate is abundant with rich farmland such as comprises Stuyvesant, which includes the following hamlets: 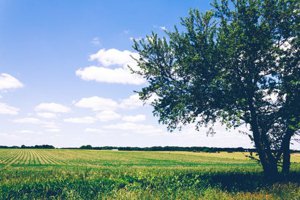 Stuyvesant Falls – Formerly known as "Glencadia", the hamlet at a southeastern waterfall on Kinderhook Creek and was on the National Register of Historic Places.

Newton Hook – In the southwest part of the town by the Hudson River - formerly called "Coxsackie Landing" because of the ferry connection to Coxsackie in Greene County across the river. 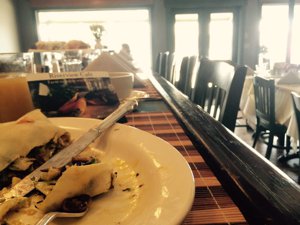 Riverview Cafe, along with the Kinderhook Historical Society, celebrate this day in history with a reenactment and food. All food is prepared from locally sourced organic herbs and produce. Some sources include Noble Foods, Monkshood Nursery, Stewardship Farms, and Samascott's.